How to Maintain A Fighting Spirit 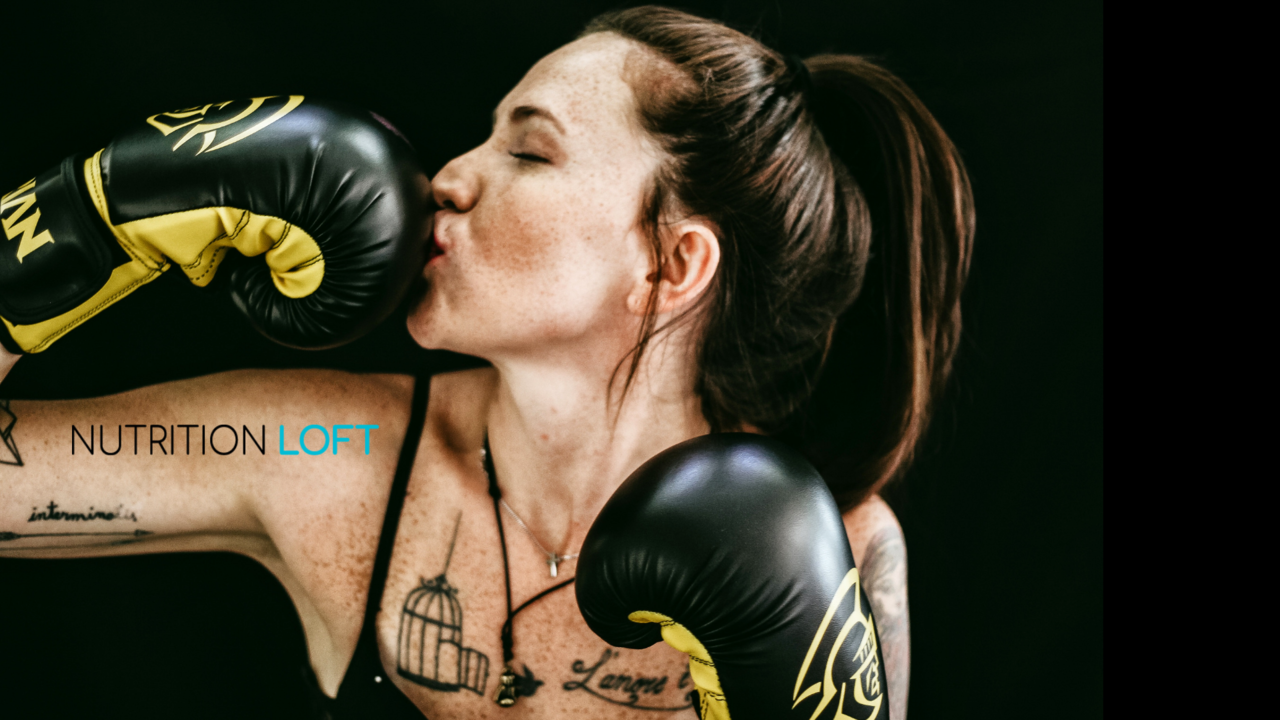 "Everyone has a plan until they get punched in the face."

So the saying goes about boxing. But it strikes me that the same thing can be said about eating, fitness, or any other endeavour. Like a glazed-over boxer staggered by his opponent, making a blunder, facing the unknown or simply being under a lot of stress can stagger us, and we forget all about the … "Plan? What plan? Did I have a strategy?"

I've learned many lessons in my life about managing stress, and consider myself relatively resilient and capable as a baseline, but I would be a fool to deny that many times in my life, adversity has made me want to light my plan on fire, and find the fastest escape or gratification possible. And many times, I did.

So as that quote about being punched in the face ran across my mind, I decided to hunt down some martial artists -- since they have literally been punched in face (in the name of sport) and ask how they learned to keep their wits about them. These were some of the lessons they had to share:

The first time is the hardest. Everyone said that at first, they were scared or in shock the first time their face was on the receiving end of a blow. Some of them instinctively ducked back, rather than staying aggressive and coming forward.

It wasn't as terrible as they thought. There was always a mental breakthrough of some sort when the competitor realized it was not that bad, and they were almost immediately more confident in their ability.

They accepted that it's going to happen, rather than try and never let it occur again. They developed reasonable expectations about how they could train defensively and get caught with a punch less of the time, but all the preparations in the world couldn't guarantee a complete lack of adversity.

"I always expected to get hit in the face, almost inevitable in a fight. It’s the degree to which you receive it and recover from it."

I can envision a veteran fighter (the person I want to be) taking a hit and continuing with their predetermined plan for the bout, where the newer athlete (me, when not at my best) might start hastily rethinking what they should do and how to get out of there. Dropping the coaches' words, forgetting tactics and just swinging in fear or desperation. I can see myself keeling over in a "play dead" manner.

When we were selling our home last year and planning a long distance move, the endless complications, delays, renovations, and unpredictability got to me. I didn’t want to carefully (wisely) consider anything, I wanted to make decisions and get outta there and into the mountains! I felt my patience decreasing with the whole process. And this was no hardship out of the ordinary, predictable strife of moving - just minor renovations which are unwaveringly never completed on time, are they? But I was not handling this gracefully, or according to a logical game plan. I recall desperation, wanting the fastest way out at some point, which financially would have been a terrible idea and luckily I didn’t slash the price to get the home sale over with. But had there not been a level-headed husband in the picture? I might have. It's easy to be me-focused, now-focused, numb-my-pain-focused.

I know, because one of our previous moves went differently. The calendar year of 2012 in my life exceeded my personal tolerance for drama and upheaval. In less than 6 months, I had gotten a divorce, fallen in love with Roland (okay, maybe in the opposite order), sold my home and car, relocated from Colorado to Canada (during which our belongings were lost for 4 weeks by the transport company), started a business from scratch, all while navigating serious undiagnosed back pain and discovering what panic attacks felt like. I was in shreds, physically and emotionally. As we looked for an apartment to rent in Victoria, BC, I needed the search to be over like a seasick traveler desperately begs the horizon to show the shoreline. Now. I needed a home, some stability, and a place to lie down.

And I said I wanted the first place I saw. It was cheap, I’ll give it that. But it had bars on the windows, the sketchiest caretaker ever, splotches of green paint spilled on the hallway’s maroon and gold dirty carpet. There was a hole in the wall just above the button you pressed to summon the death trap elevator. And another larger hole just outside the door to our unit. I said it “worked for me”, before I even realized the whole place smelled like piss and smoke. There is no doubt Roland knew we could do better. It would just take another bit of looking, maybe seeing a few more places for comparison. I suspect some complex emotional state of his own, blending fatigue, pity, and love led him to concede.

I know I am not the only one who has experienced acting in desperation when times are tough. Stuff not going the way we planned or expected can feel like a punch in the face. The easy, less responsible road suddenly becomes appealing when things feel like they're going wrong. A normal gut instinct is to abandon plans to carry out multi step projects diligently and patiently, and impulsively scramble for a quick action, even if it’s a complete dumpster fire of an idea.

This can absolutely happen in the form of bailing on food and exercise plans. Jumping from diet to diet, exercise program to exercise program, as soon as something doesn't feel right or smooth. As soon as we find something harder than we thought, when we are worn down and out of endurance, our eyes scan the periphery to find the exit we want. The closest one will do.

Imagine yourself planning to practice your Lean Habits while away on a work trip. But the day you depart, you are later than you anticipated getting to the airport, then security clearance takes an ice age to get through, and you reach the gate right when you need to board. There goes your plan to scope out a decent meal from the terminal.  You were planning to find a turkey sandwich, or salad with chicken, at worst an apple and protein bar, but here you are with Pringles, M&Ms and a paper cup of terrible coffee for “lunch”.

What are the odds you can return to your planned healthy eating strategy for the rest of the business trip? Good, fair, poor? Many people would abandon their plan and continue eating poorly for hours or days after. Other people would abandon their plan in a patch-things-up attempt and try to compensate by skipping dinner, putting in an hour on the treadmill in some dreadful hotel fitness room that smells like sweat, then end up sleeping terribly and overdoing it on pancakes the following morning at breakfast, causing more and more distress.

I want you to be able to push past rocky moments like the above example and just keep going. I want you to be able to have hard days or weeks and fight the urge to light something on fire and run for the hills. I want you to get actual results rather than falling for the illusory promises of quick fixes, or starting over again and again and again. So next time, before you call it quits because you made a mistake or life got in your way, remember what the boxers and fighters can teach us:

1. The first time you get punched is the hardest. It's normal to be scared and hurt. Your first move, heartbreak, child, thesis defense, or overwhelming job is also going to be scary, and possibly painful.

2. Remember that scared and hurt does not mean you’ve lost. Stay calm. Life's punches often come as difficult emotions, inconvenience, financial loss or challenging conversations, but rarely are they truly destroying catastrophes. You probably aren't knocked out. You can keep going without quitting.

3. Expect it. Tough times befall every one of us, and developing skills and taking preventative action can only help us reduce the odds of some adversity. Pain will come your way in life. So do what you can, but plan on encountering tough times in the future, and see yourself coming through them. Even the champions take hits. Because joy and easier times will also come your way, and when you can look back and see yourself choosing to stick it out instead of quitting, you’ll be immeasurably proud.

Our entire weight loss skills system is available free of charge. We believe that the best information on the net should be free.

Learn How To Quit Your Diet Job And Lose Weight With Weight Loss Skills.